Sonographic Non-Visualization of the Gallbladder: A Pitfall in Diagnosis of Emphysematous Cholecystitis

Emphysematous cholecystitis is an uncommon complication of calculous cholecystitis due to secondary infection of gallbladder wall with gas-forming enteric organisms. It carries high morbidity and mortality to the patients and a rapid and early diagnosis is essential in patient’s clinical outcomes. Ultrasonography is usually the first and foremost test performed in cases of suspected biliary diseases. Herein, we describe a diagnostic pitfall of ultrasound in a patient with emphysematous cholecystitis – non-visualization of gallbladder, caused by reverberations from air in the gallbladder wall.

However, a high clinical index of suspicion of emphysematous cholecystitis should be raised in an appropriate clinical setting if the ultrasound reported “nonvisualization” or “obscured” gallbladder because the entire gallbladder wall could be filled with gas, obscuring visualization of the gallbladder. In the present case, we highlight this important sonographic finding which should be regarded as one of the ultrasound spectrums of emphysematous cholecystitis.

A 73-year-old man presented with fever, lethargy and malaise. His past medical history was significant for diabetes mellitus, cholelithiasis, sick sinus syndrome on pacemaker, and end-stage renal disease with hemodialysis via the right radiocephalic arteriovenous fistula. Physical examination showed temperature of 101°F, anicteric sclerae and tenderness over the right upper quadrant abdomen. Murphy’s sign was negative.

Blood cultures did not grow microorganisms. Ultrasonography of abdomen did not elicit sonographic Murphy’s sign; the sonographer failed to localize the gallbladder and reported as “non-visualization of gall-bladder”. Given persistent fever and abdomen pain, computed tomography (CT) of abdomen was performed. It demonstrated foci of air pockets within the gallbladder wall and a gallstone (Figure 1), suggestive of emphysematous cholecystitis. The patient underwent emergency open cholecystectomy and debridement of necrotic gallbladder tissues. Figure 1: Abdominal CT showed multiple air pockets within the wall of the gallbladder and a radio-opaque gallstone.

An oblong-shaped gallstone was extracted (Figure 2). Necrotic gallbladder tissue culture did not isolate microorganisms, however. The patient had an uneventful recovery and was discharged home with intravenous piperacillin-tazobactam for 2 weeks. Figure 2: A 3 cm-sized gallstone was removed during the emergency cholecystectomy.

Acute emphysematous cholecystitis is a rare infectious complication of acute cholecystitis. It is characterized by presence of gas within the lumen and wall of the gallbladder by gas-forming microorgansims [3]. It has a distinct male preponderance in contrast to that of the usual type of acute cholecystitis. Affected patients are usually middle-aged to elderly individuals (age between 50-70 years). Common risk factors include patients with diabetes mellitus and presence of gallstones [1,4]. Its pathogenesis is considered to be different from that of uncomplicated acute cholecystitis. Among others, the widely accepted pathogenic mechanism of emphysematous cholecystitis is thought to be compromise of vascular supply to the gallbladder, followed by gallbladder necrosis and secondary infection with gas-producing bacteria mainly Clostridium perfringens, often together with other gut flora such as Escherichia coli, Klebsiella pneumoniae, Pseudomonas aeruginosa, or anaerobic streptococci [1-4]. 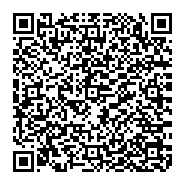